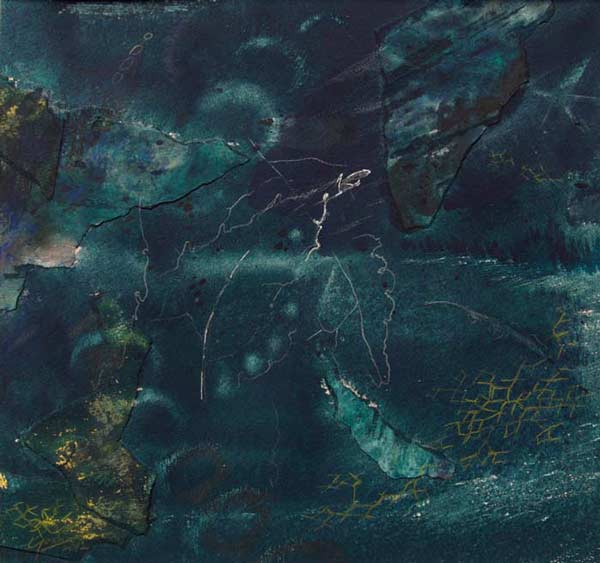 The Universe Inside a Pupa 1

The Pupa Stage: Its Superimposition with the Human Wish to Undergo Transitions

One spring day, I found swallowtail eggs on the leaves of a Japanese pepper tree and began to observe them. The ecology of the swallowtails that emerged was full of surprises and mysteries. Among the varied stages of their metamorphosis, the most mysterious was the pupa stage just before they became butterflies. Completely different in its behaviors up until that stage, the form of a pupa that resembles a pharaohﾕs coffin was lifelessly inactive. In order for a pupa to be reborn into a body with a completely different purpose, the cells of its inner body must simultaneously undergo death and creation; that is, a pupa undergoes a drastic transition by reducing its larval body to pulp. I superimposed mankind's present state that is striving to change in the post 3/11 (date of Japanese catastrophe) world with the small form of life that regenerates itself by overcoming the near-death pupa stage.

Eight swallowtails showed me "life" through earnestly executing the series of processes that no one had to teach them. The ninth pupa that lost its life by falling to the ground revealed the fragility of life that simultaneously exists within the shadow of the vitality of wildlife. That one pupa allowed me to perceive the truth of this world.

Following the long pupa stage, the swallowtails that broke out of their skins appeared with their wings, then determinedly flew as they disappeared into the clear sky. I felt as if the swallowtails were showing human beings that they were "the paragons of regeneration" through their own experiences.
(Translated by Taeko Nanpei)

>>to the installation work of this exhibition